Being the Role Model you want to be

Being the Role Model you want to be 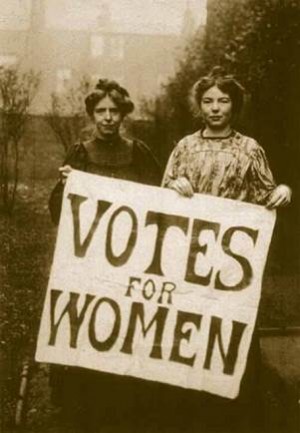 Yesterday, on the afternoon of the UK 2015 General Election, one of my twin daughters (aged 3.5 years) asked me what I had done while she was at nursery.  I told her that it was a special day because the whole of our country was deciding who should be in charge, and that I had gone to say who I thought it should be.  Her response was:  “Oh, who is SHE?”

I have to admit I almost burst with pride on two accounts!

Firstly, that the fight for women’s right to vote and the on-going one for gender equality lives on in my daughter’s instinctive assumption that a woman would be in charge.

Secondly, I am hugely encouraged by her inadvertent feedback for the close women in her life (i.e. me, our close female family and friends and her female teachers at nursery) who it seems are being such strong and positive role models.  It really brought it home to me, in such a poignant way, how important it is that we consistently demonstrate the behaviours and beliefs that we want the next generation to value and become.

There is a 2nd part to this conversation.  This time we were joined by my other daughter and my partner.  He asked both girls what they would do if they were in charge of the country.  They took a moment to think and then each in turn said this:

L: “I would say be kind and don’t be naughty”

P: “I would say to everyone to be a team and not fight”

This is the sort of thing most parents want to hear, right?!  Of course at such a young age they have no concept of politics or the complexities of governing a country, yet their views of what they would say to a group of people on how they want ‘things to be’ are already forming.

Somehow, whatever your party beliefs or reaction to the results in this General Election, I think these comments are cause for both reflection and optimism.

This entry was posted in Feedback. Bookmark the permalink.